We doing best for investors, even creating totally new tools to resolve most demanding problems. We are 100% customer oriented and doing best to get the perfect imagined project and to save costs of the customers.
One of such examples is Dynamic Curving Shader, initially created back in 2013 for the need of Crazy Rails.

Falcon Interactive made a lot of arcade/action games for tens of years and one of the most demanding game was multiplayer infinite runner Crazy Rails.

It’s very demanding gameplay and Falcon organize the modular production of this development to implement advanced features very carefully and perfectly – as can be seen in above video’s – there is a lot of shaders and demanding, all different actions of heroes, all in very fast actions.

Enemy bots are running to the player and every player having different abilities and lots of extreme unique actions, never seen so far in such infinite runner game. And on top of that, this game is multiplayer, having real-time actions with up to the 4 players on wheels. They interacting among themselves and Falcon team have a lot of challenges to implementing this game to desired development.

One of the challenging parts was creating such curved unique levels on rails. Instead of spending additional time ( the game is developed over 2 year period, having over 100 scripts, and some of them over 10,000 lines of code), Falcon’s team code Dynamic Curving Shaders System, which dynamically making curving on the screen – so actually it leads maps into all different directions – left, right, up and down and all their combinations with different angles.

Withs such, Falcon fully focused on demanding coding side of the game and save large budget to investors in making curving models and even creating them totally, always randomized infinity runner environment. 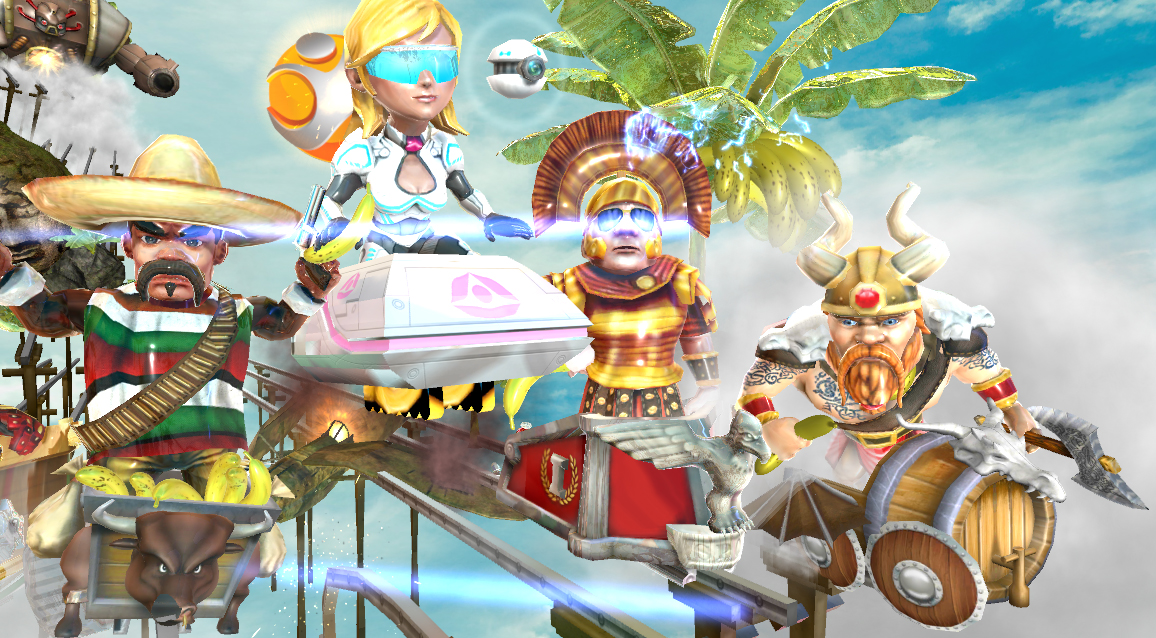 Falcon’s best experts were working on a full system with backend and server side of player databases and overall game system and interactions.

The functionality of the Dynamic curving shader is created for this game and save 35% of overall budget for new curving redesign and all objects and everything in the game is made straight (not curved) and Falcon technologies dynamically changing screen offsets and curve screen in desired angles to get above effects together with few controlling scripts (player, mission, gameplay) which controlling what’s appearing on the screen (all together they have about 30,000 lines of code and over 100 other scripts which controlling each and every part of the game to be perfect.

Falcon Interactive enable investors to invest more into gameplay and full very complex functionality of the game with saving about 35% of modeling and level design costs.