If this sounds very familiar to you, you definitely need to stop watching all that Hollywood blockbusters about technical apocalypse in near future. 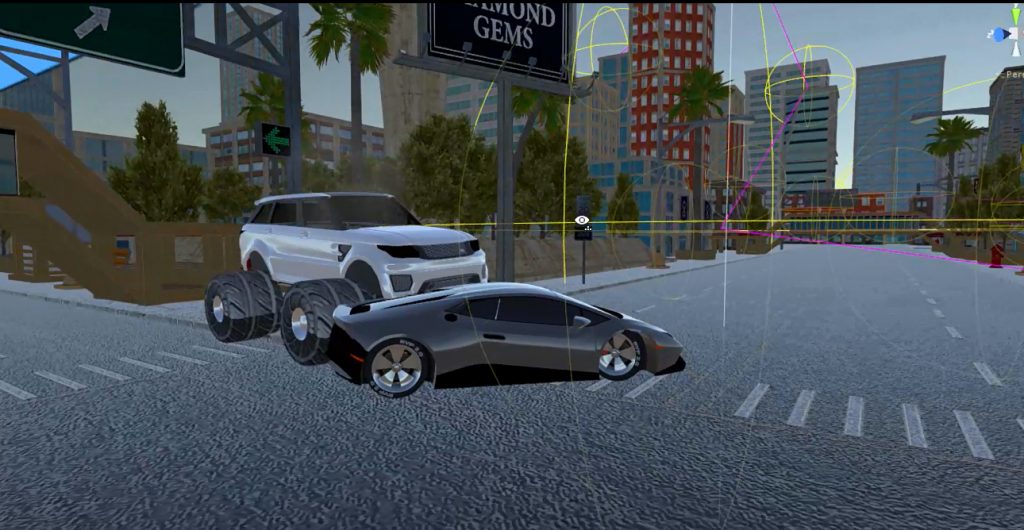 Falcon Interactive engineers doing extended testings of engine, outpacing their limits constantly, providing content full of fun and joy for broad masses of gamers and this tests ensure that games would be very interesting and simulating real life, which is why games are supposed to do, from their early occurrence.

What also emerged, during brainstorming in our company, is fact that basically this can be extended to the Virtual Playgrounds, where children (and grown-ups) would play in such virtual playrooms and enjoying like we doing in past with real world vehicles toys.

You can see in this video how well car engine is simulated in computer generated environment, providing real-life experiences, over ten hundreds of the parameters controlling and simulating car engine and every part of the bodies based on car physics – monster track would behave different that one hypercar as well.

We are sure that future will bring limitless possibilities, having in mind strongly expanding of hardware, so blurring limits between real life and reality, not only in visual but also behavior view, so something which, when we coded games back in 80ties are totally changing its shape and usability in real-life. No one has expected that 30 years ago, but now we have technologies that has be expanded to the self-driven vehicles over the world.

Okay, with not such aggressive behavior, perhaps if somebody get mad your car in automatic mode – it can start behaving like this. On the end we shown that AI still can be fooled and their weakness, as they are limited by physical world and will try to adopt as best as can

Of course we don’t want to see this AI behavior on the streets – but in order to support theories of Musk and other great minds of this times about need of saving humanity from AI’s in future, we has been done our basics steps and contributions towards it, as better to examine it when it’s inside the box.

On the end – we don’t know if crashing Lambo would be good option as it’s worth is at least tens of times more then Range Rover, but hey, that’s just a game.

Championship Sunday: What we learned from conference title games

Aaron Rodgers on game-clinching DPI against Packers: 'That was a bad call'